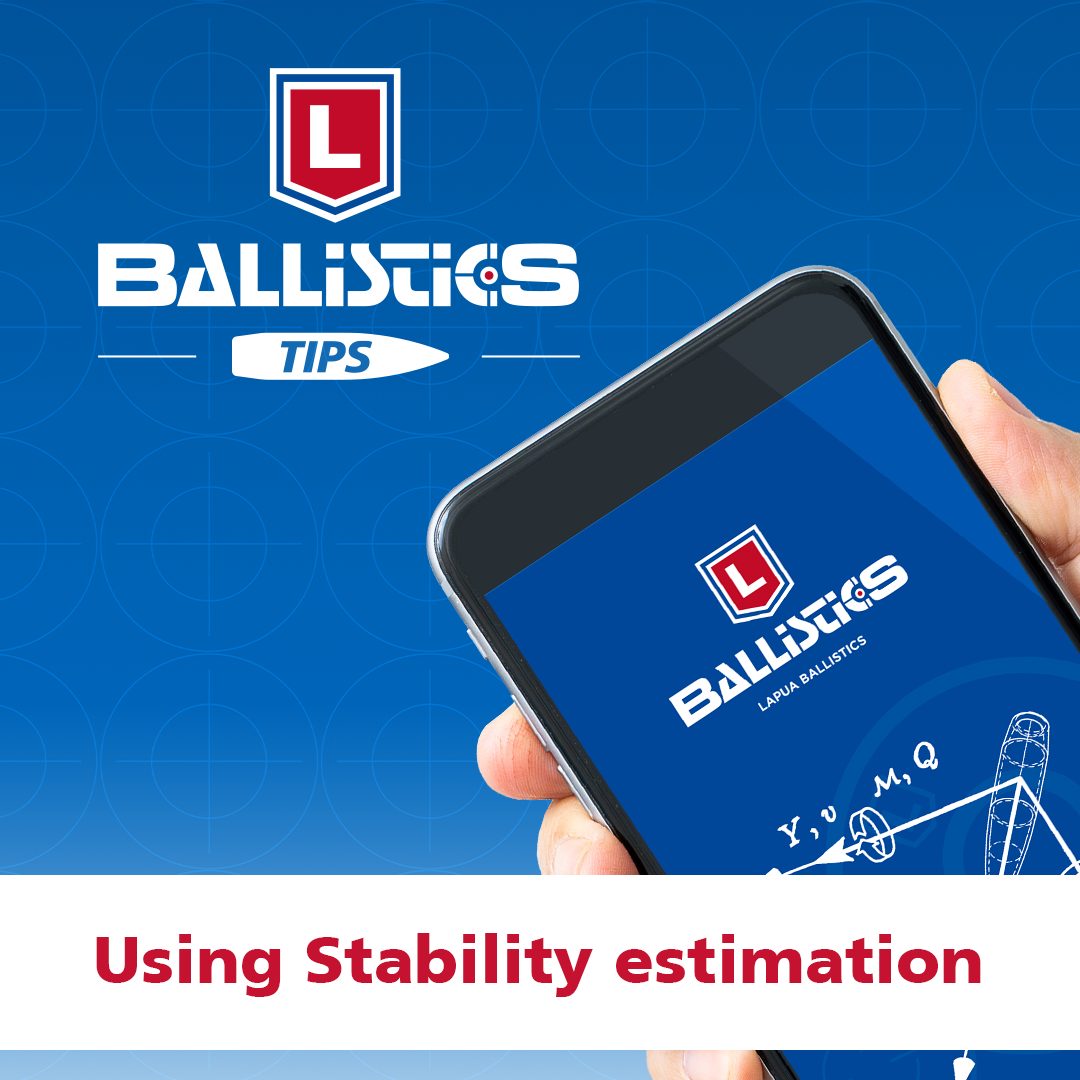 Some basics about bullet accuracy and stability estimation

Stability is an essential part of bullet accuracy. Stability is affected by several factors, the most important factors being barrel twist rate and the length of the projectile. To a lesser degree it is also affected by the bullet shape, velocity and environmental conditions. You can estimate bullet stability during the flight path with the stability estimator function in Lapua Ballistics. In this article, we will explain bullet stability to a high detail and how to use Lapua Ballistics as a tool to understand it.

What is barrel twist rate?

Twist rate is defined as the length of one full turn of the bullet (360 degrees) in inches or millimeters in the barrel. E.g. 1:10” means that the bullet makes one full turn over the distance of 10 inches. You can measure the twist rate of your rifle barrel by marking e.g. a cleaning rod with a flag made of adhesive tape, and measuring the distance where the flag rotates 360 degrees. Make sure that the cleaning rod follows exactly the lands in the barrel.

What happens if the bullet is too long compared to the twist rate?

If the bullet is too long compared to the twist rate, it will be unstable and may start to wobble or even turn completely crosswise. For the shooter, this translates as poor accuracy and oval or ”keyhole” shaped holes in the paper target. An overstabilized projectile does not follow exactly the trajectory of the curved flight path but flies slightly nose up. Technically speaking, the axis of the bullet does not follow the tangent of the trajectory. This increases the air drag and shortens the flight range. An unnecessary high rotation speed also intensifies the adverse effect of smaller shape and symmetry defects of the projectile. 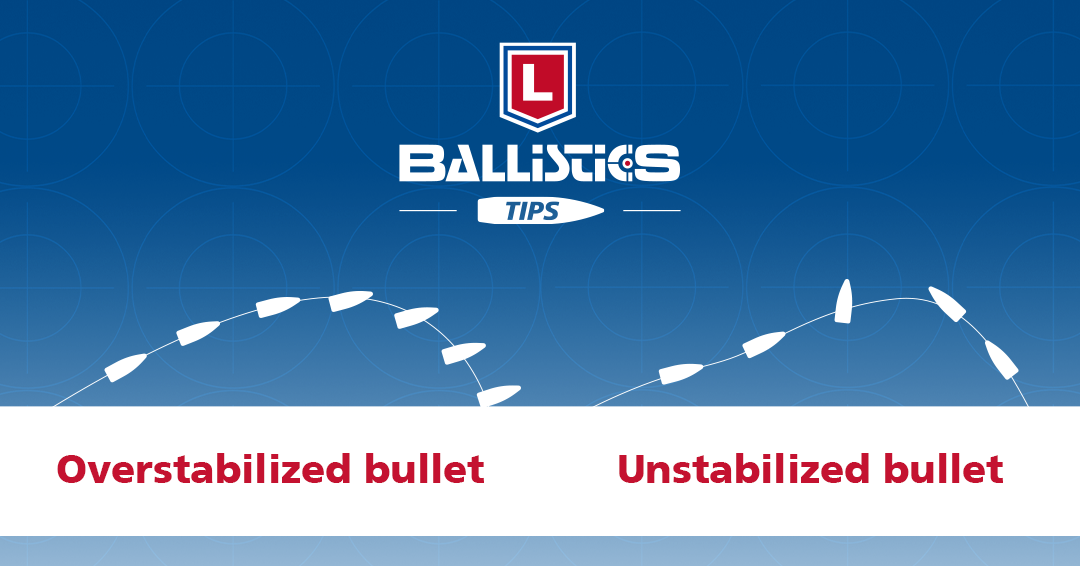 How to increase bullet stability

The stability of a bullet can be increased by the following factors (roughly in the order of importance):

Traditionally, bullet stability is estimated by using quite simple equations like the Miller and Greenhill equations. Lapua Ballistics estimates the bullet stability by using both dynamic stability ’Sd’ and gyroscopic stability ’Sg’ during the full bullet trajectory. The value of the stability calculator is more in comparing different combinations with each other (twist rate, bullet to be used, muzzle velocity, environmental conditions, etc.) than trying to say simply if a bullet is stable or unstable.

Gyroscopic stability Sg means the ability of a rotating object to resist the change of its rotating axis. Sg is quite easy to calculate and its value at the muzzle has to be absolutely over 1.0 for a bullet to be stable. In practice some safety margin is needed there so the recommended minimum value is 1.4. Values clearly over 2.0 are unnecessary high because an overstabilized bullet has higher air drag due to the ”nose up” flight position and is more critical to small imperfections in the bullet shape and symmetry. Gyroscopic stability increases with flight time/distance because the rotational speed of the bullet does not decrease as fast as the forward velocity.

Dynamic stability Sd means the ability of the bullet to decrease a wobbling motion caused by an internal or external effect. In a dynamically stable bullet, the wobbling decreases with the time/distance and in a dynamically unstable bullet the wobbling increases with the time. Sd is much more difficult to evaluate than Sg and it needs 6 DOF calculations. Lapua Ballistics is one of the very few ballistics software solutions that is capable of utilizing this and possibly the only one completely free of charge. Most software are capable of estimating stability only by Sg which is usually reasonable good enough for short distances but not to long distances and to the transonic region – where Sd is the main factor for stability. The vertical axis of the stability curve expresses Sg and the horizontal axis Sd. The favorable stability region is expressed as light blue but high quality bullets often retain the stability also in the dark blue region.

Dynamic stability is affected by e.g. the bullet length and shape and the positions and distance between the center of mass (cm) and the center of pressure (cp). The distance between cm and cp is very important because it defines the aerodynamic moment vector that tries to turn the bullet crosswise. Air density is also important, the stability is better in a higher altitude and warm weather. The grooves (made by the lands in the barrel) on the bullet surface slightly affect the dynamic stability and decelerate the rotating speed faster compared to a smooth surface. Dynamic stability is usually the problem only at long distances and in the transonic region.

Stability is not an ON/OFF phenomenon, so Sg and Sd basically describe the tendency or risk for unstability. For that reason the graph in Lapua Ballistics is not black and white but light/dark blue. The bullet can fly – and often does – fly stable and accurate also far inside the dark blue region. As a rule of thumb, we can say that at the later (number of 100 m/yds markers) and in the more upper direction the line exits the light blue region, the better the bullet can resist external forces trying to make the bullet wobble, meaning that the stability and accuracy potential is better.

How to read the stability calculator in Lapua Ballistics

How bullet length affects the stability 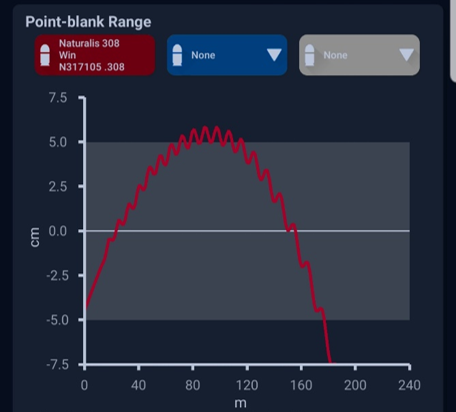 Lapua Ballistics 6 DOF is the only free of charge consumer software capable for these kind of studies. For those interested to understand the theory behind bullet stability even further, we recommend the following reading:

Our next tip will feature the use of spin drift adjustment. Stay tuned!

Back to news and updates