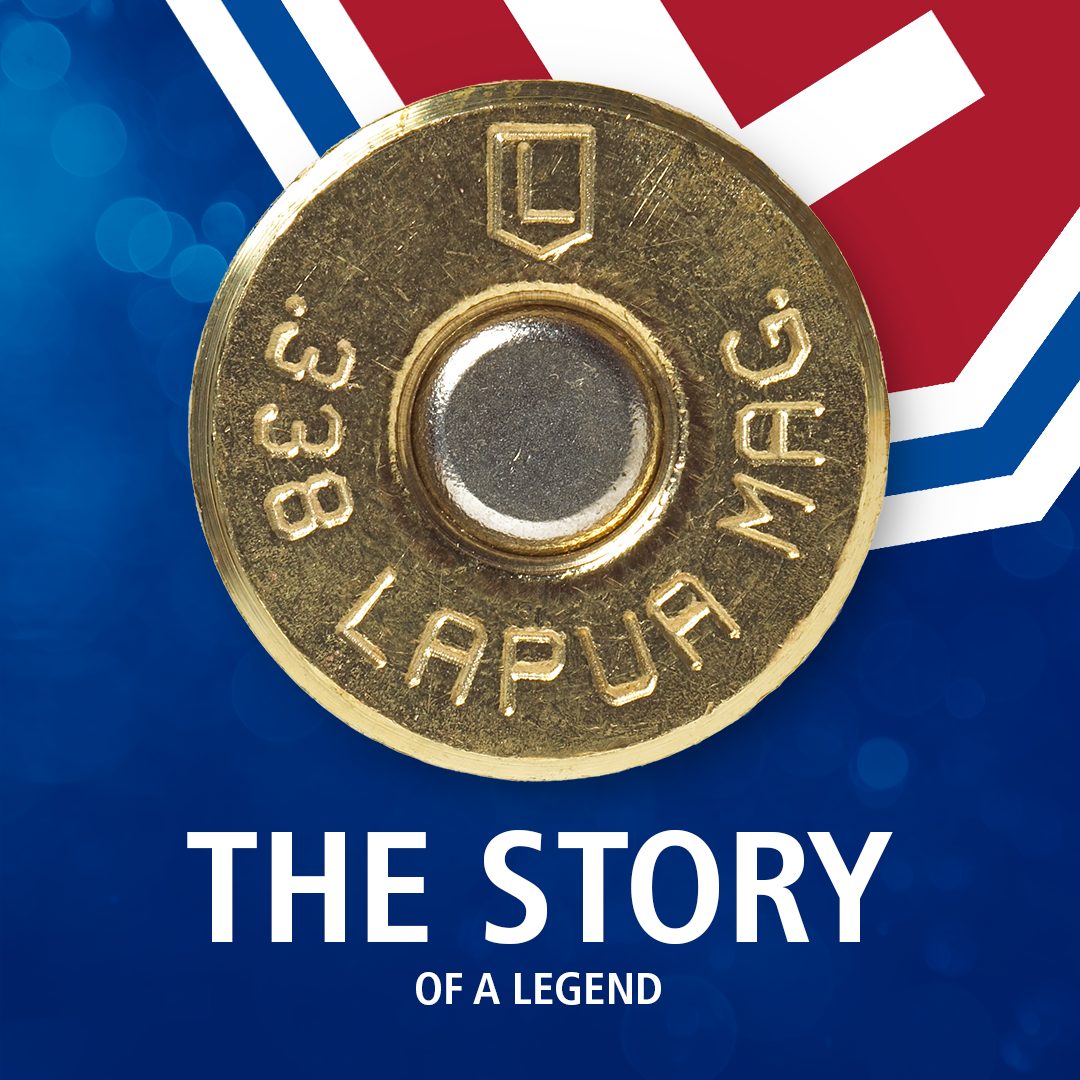 The story of a legend

In this two-part story, we share the background and history of the legendary .338 Lapua Magnum. Read the first part here!

The .338 Lapua Mag. related loading techniques were also developed and refined at Lapua. A powder load of approximately 90 grains of slow burning powder needs a powerful ignition using a large rifle magnum primer. The first test lot of .338 Lapua Magnum ammunition was produced in 1988, with CIP approval following in 1989.

The original B408 design from 1984 was modified to the Lock Base type, and the B408 got its current shape. Its weight remained at 250 grains. The first soft point bullet was MIRA, streamlined from the Mega bullet. The 259 grain EB431 bullet was introduced commercially with the new cartridge in 1990.

In the 21st century, Lapua has continued to develop the original .338 Lapua Mag. to meet the requirements of the most demanding mil/le applications, but also to secure a top spot in competitive long range and ELR shooting. It is still widely regarded as the long range caliber to go to, thanks to its power and performance. The original .338 Lapua Mag. has also been able to develop and prove its performance over and over again. The Lapua Mag. achieved its dominant position more than twenty years ago, but we see that it still has a long and successful road ahead.