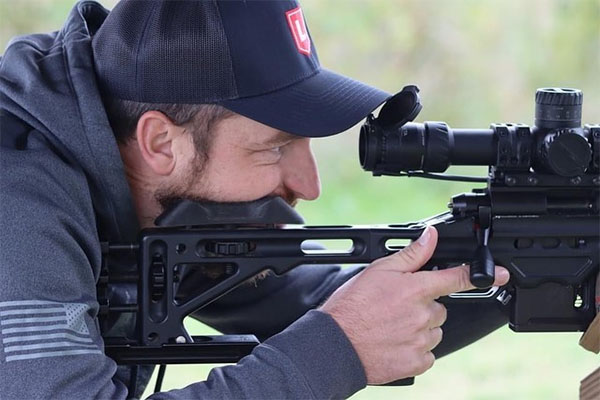 Congratulations to Lapua’s Chris Simmons, who won the 2022 Precision Rifle Series (PRS) Rimfire season with a total score of 689.803.

Simmons was crowned the 2022 Champion this past weekend at the PRS Rimfire Finale hosted by the TX Precision Matches in Navasota, TX. Competing with Lapua Center-X, Simmons had three podium finishes in the series, first place at the July-Alabama Precision Rimfire Challenge, first at the Caroline Shooters Group PRS rimfire Series, and second place at the Atlantic Coast Regional Rimfire Finale. In addition to his recent achievement, Simmons has also won the NRLX22 Rimfire National Championship title for the second consecutive year.

“The PRS Rimfire Series is a year-long marathon of single matches that comes down to two days of shooting against the best shooters in the country,” commented Simmons.  “Consistency wins championships and using Lapua products helps me achieve success with consistency.”

Simmons’ Lapua Center-X .22LR ammunition is matched to his firearms at Lapua’s Rimfire Performance Center. Unique lots of ammunition are tested at 50 and 100 meters simultaneously, identifying the best performing ammunition for purchase. This service is available to any shooter who wishes to gain a competitive advantage. If you’re located in the US, schedule your testing at either of Lapua’s Rimfire Performance Centers located in Mesa, AZ, or Marengo, OH.