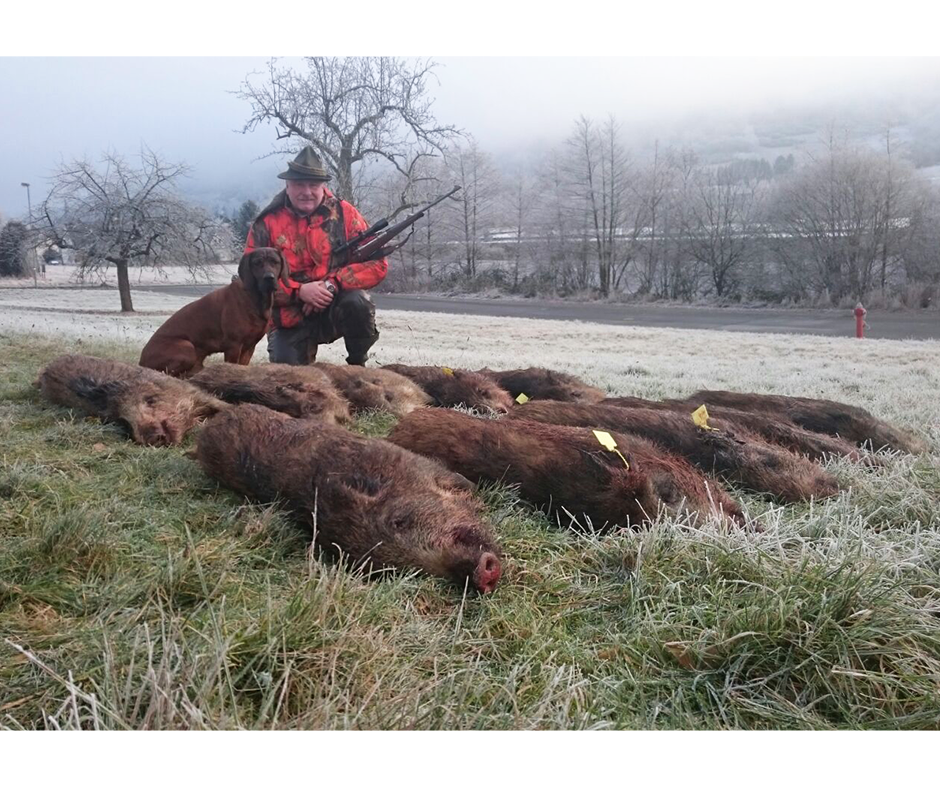 It was a nice, frosty winter day in December 2016 in Hessian Lahn-Dill in Germany. Local hunters were invited for a year-end-hunt to shoot red deer, wild boars and foxes in the hilly hunting region of Wissenbach-Eibelshausen. The hunt leader gave a welcoming speech and after that, the hunters left for their spots, full of anticipation. One of the hunters was gamekeeper and prestigious dog trainer Martin Koslowski. He had a feeling that the hunter’s patron Saint Hubertus would be on his side that day. It would turn out he was right!

Throughout the day, shots and dogs barking were heard all around the hunting grounds. And Martin Koslowski did indeed have an incredible day; he shot ten wild boars and two foxes in his one spot!

As the news of Martin’s results started going around at the end of the hunt, the other hunters thought it was a joke that somebody had made up. But as the truck loaded with boars pulled up to the meeting place, the rest of the hunting part realized in astonishment that it wasn´t a hoax. It is safe to say that Martin was a very celebrated man that day, and ever since!

The total count of the hunt was 13 wild boars and 2 foxes. All game, boars and foxes, were shot without any dead run. Martin Koslowski uses a Heym SR 30 rifle in caliber 9.3×62 with Lapua Naturalis 16.2 gr. Achieving great results and creating unbeatable memories with Lapua Naturalis, this legendary trip will not be forgotten anytime soon!