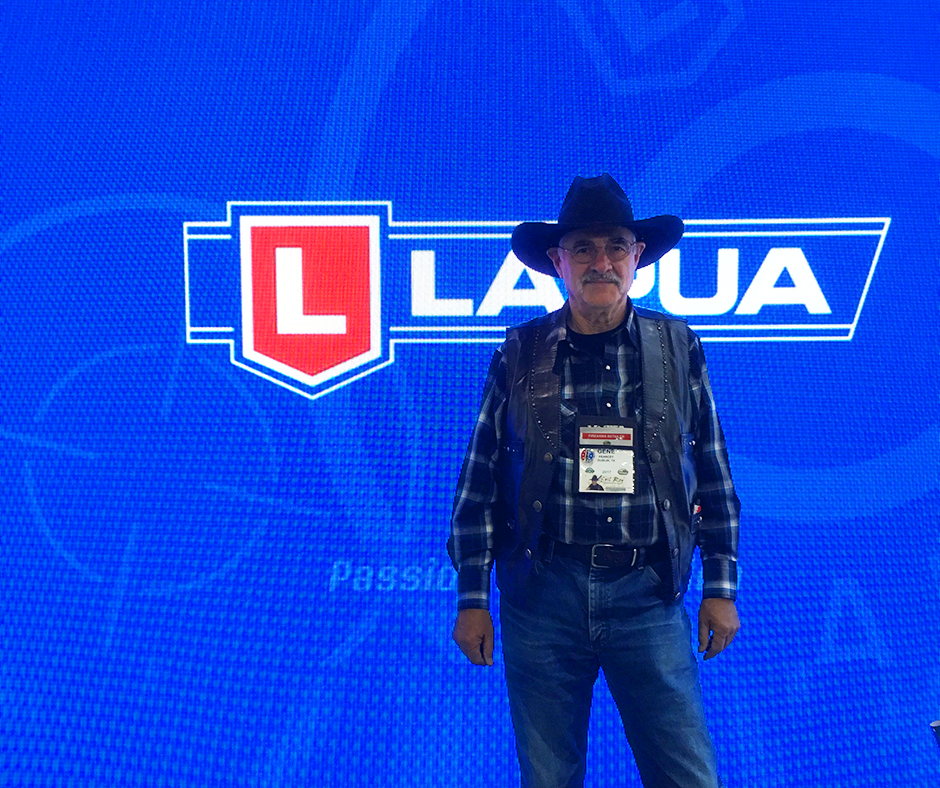 Anyone who has heard of Cowboy Action Shooting has probably heard of Gene Pearcey, a.k.a. Evil Roy. Gene, a long-time Lapua team member, started his CAS-career as late as in the nineties with his wife Karen, a.k.a. Wicked Felina, but is already a living legend and known as one of the great single-action shooters. Despite having eased the competition schedule in the past few years, he’s still got a lot of action going on. “We always shoot the Cowboy Action Nationals and the World Championships, then there’s the Wild Bunch Nationals and the World Championships, as well as some local matches we go to. I’m also on Gun Stories on Outdoor Channel talking about firearms – I think I’m one of a few people that’s been on every year. Then I’m also doing radio interviews and the likes, but apart from that, I’m mostly shooting, a lot of rifle actually, down at my Texas place. My favourite Lapua product at the moment is the 6,5 Grendel brass, that’s a real popular caliber for me.”

Gene started out in competitive shooting pretty late, but soon found himself doing nothing but. “Before Cowboy Action Shooting took over, I raced motorcycles and did martial arts. When I started doing really well in CAS, all I did was practice, because that was really all I had time for. Nowadays I also do a lot of Wild Bunch, which is at the moment my favorite.” In Cowboy Action Shooting, or CAS for short, competitors use firearms typical of the mid-to-late 19th century and dress accordingly. The firearms used are single-action revolvers, pistol caliber lever-action rifles and double-barreled shotguns or pump-action shotguns. Wild Bunch shooting is similar to CAS, although there are also clear differences. In Wild Bunch, competitors use 1911 pistols in .45 ACP, lever-action rifles and model 1897 pump-action shotguns.

So what is the secret to becoming a good Cowboy Action Shooter?  “When I was practicing real hard, in the last 4-5 of my most active competition years, it wasn’t unusual for me to shoot 300 rounds a day, five days a week. I mean, the only way to get really good is to fire a lot of ammo – and that’s a LOT.”

At the tender age of 74 – yes, that’s 74 – Gene is cutting his competition some slack by training a little less vigorously then in past years. “These days I have some time over for martial arts and rifle shooting and things like that, and we’ve also got a hot rod now that we’re playing with. But still, a lot of shooting!”