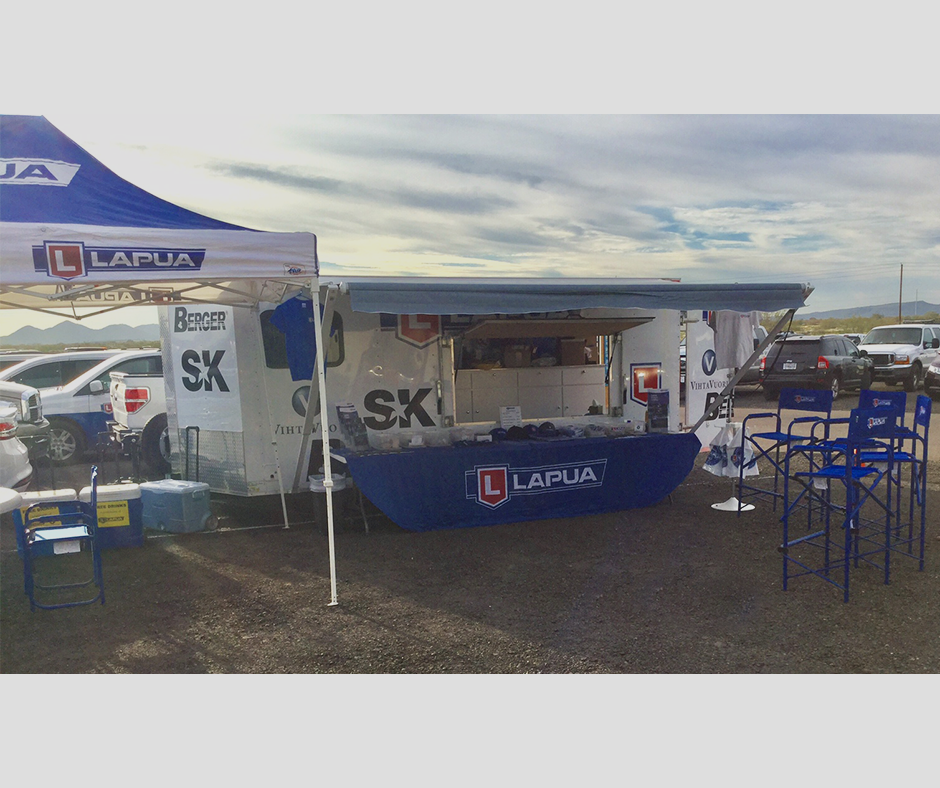 Blog: At the Berger SW Nationals

Lapua at the Berger SW Nationals

So, after a long drive to sunny Phoenix, I found myself on the line for the Berger South West Nationals, aka, the Berger SWN Long Range matches. A few words here; this is hands-down easily the finest long range match in the US, run by one of the finest crews anywhere in the shooting world. The Ben Avery Shooting Facility where the match is held is a premier showplace for all types and disciplines of shooting, from archery to airgun, from Smallbore to High Power, you name it, and they’ve got it. This includes the Mid Tompkins High Power range, a full 100 firing points extending all the way to 1,000 yards. For a shooter, it’s simply heaven. Now, if they could only do something about that wind…

The matches begin with an optional Long Range Firing School taught by some of the best in the business. I’d taken this class before when Mid Tompkins taught it at Camp Perry during the Long Range phase of the US Nationals, and it was superb. This is essentially a continuation of that course with much of the same curriculum, updated a bit to include some of the modern technology that has come to be since I first took the class at Camp Perry many years before. It starts with some classroom work on wind reading formulas, group analysis and shot plotting, handloading for Long Range and so on. The real education takes place on the range, during the hands on wind reading classes. During the course of these, a series of shots are fired from a no wind zero, with subsequent shots following up every minute or so. During this time, no sight adjustment is made regardless of the winds rise and fall. The effect of this is that the student gets to see just what wind pick ups and let offs can (and will) do to your bullets if you don’t stay on top of things. Eye opening if you’ve never seen it, to say the least. There’s also instructional blocks that require the shooter to take a firing position, which is then critiqued and adjusted by the coaches. This is huge, considering who is giving these classes. It’s like an amateur golfer getting one-on-one instruction from Tiger Woods, Jack Nicklaus or Arnold Palmer. It just doesn’t get any better than this!

The first days matches are a bit of a warm up, and don’t count towards the ultimate aggregate score; three 20-shot 600 yard matches. This moves into a standard Palma match, with fifteen shots being fired at each line from 800, 900 and 1,000 yards, and finally a series of individual matches shot at the 1,000 yard line. The line hosts both a variety of both F class and sling shooters, including F-TR, F Open, Palma and Any Rifle classes, and has both Iron and Any Sight categories for sling shooters. In short, something for everyone.  And clearly, everyone was there. We had competitors from Canada, Brazil, Australia, Scotland, Ireland and several others on the line. The spirit of camaraderie on the line is amazing as people from all over the globe share their passion for precision shooting. Team matches are always an integral part in such shoots, and the Berger SWN is no exception. For these, the shooters are blessed (and sometimes cursed) with coaches to keep track of those tricky winds for them. Some of the shooting seen during these events was truly awesome, a fine example of team work and dedication to the game.

The shoot is capped off at the end of the week with an awesome feast, and an impressive awards ceremony. The Berger SWNs have become a solid part of the shooting circuit, as witnessed by the incredible array of equipment donated by the industry for the prize tables. It’s almost difficult to come to this match and not go home with something that more than covers your entry fees. All of this is thanks to the incredibly dedicated (and near Herculean) efforts of Michelle Gallagher, Mid and Nancy Tompkins and their talented (and apparently tireless) support crew.

Despite the ranges capacity of four-hundred shooters, the Berger SWN fills up fast. If you’d like to attend next year’s match, check for details on the Berger Bullets website, with their links to the Desert Sharpshooters site for match dates, fees and entry info. You won’t regret it, I promise!